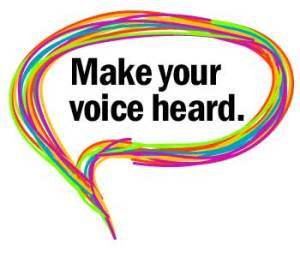 In March the Move NY Fair Plan went from concept to legislation under the leadership of Assemblymember Robert J. Rodriguez and fourteen New York City assemblymembers. While the general tenets remain in the legislation, there is one major difference from the plan released in February 2015 by the Move NY Coalition.

A09633 establishes the Transit Gap Investment Fund (TGIF): $4.5 billion in dedicated revenues for expanding transit in the most underserved areas of the city — above and beyond what’s proposed in the MTA’s capital plan — and overseen not by government agencies but by City & State elected representatives and citizen advisory groups to ensure the transit needs of the communities are met.

The chance to let your voice be heard!

CeRI Cornell researchers have launched an online discussion forum, where you can learn more about the elements of the bill and provide comments, which will be collated and distributed to Albany legislators. Cornell’s SmartParticipation program has been used at the federal level to encourage public comments on government agency rule changes and is now being offered in New York State. Cornell’s CeRI team members take no position on the issues being discussed: their primary goal is to breakdown issues into jargon-free information blocks and encourage the public to provide thoughtful commentary in order to help inform policy makers.

Move NY encourages you to visit Cornell’s site and to participate in a truly democratic process.

The chance to #GetNYMoving again!

If enacted Assembly bill A09633 will raise $1.35 billion in new, annual revenue and, when bonded, will generate over $12 billion for upgrading our transit system and road and bridge network. In addition to the Transit Gap Investment Fund (TGIF), the legislation could cover the $7.3 billion in MTA capital needs and will create a $375 million annual revenue stream for maintaining the City’s roads and bridges.

For the first time in history, communities will have a say in where they need funding the most to improve their neighborhoods — elevators, station entrances, rehabbed staircases, and streetscape designs for plazas and pedestrian and cyclist safety. Under the legislation $1 billion will be distributed equally to the City’s 59 Community Districts, whereby district members will take ideas from residents and make recommendations for improving transit accessibility.

$3.5 billion will be dedicated to investing in major transit expansion projects, particularly in areas that have little to no transit options now. The legislation does not dictate which projects must be chosen, but identifies projects vetted by transit and engineering professionals that must be considered by the TGIF board. Many of the projects are inter-borough, connecting residents to boroughs like never before; while some are intra-borough, making it easier to get around in one’s own borough via expanded service. Each borough will receive $500 million for expanding transit to communities that need it most. To learn more: TGIF Staten Island || TGIF Brooklyn || TGIF Bronx || TGIF Manhattan || TGIF Queens.

What Move NY is talking about ...